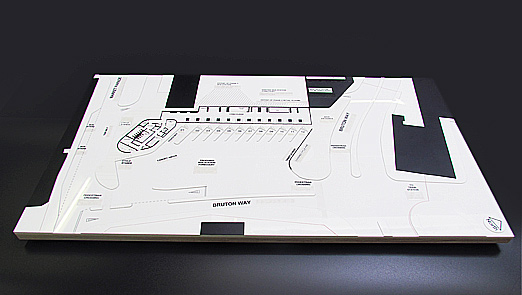 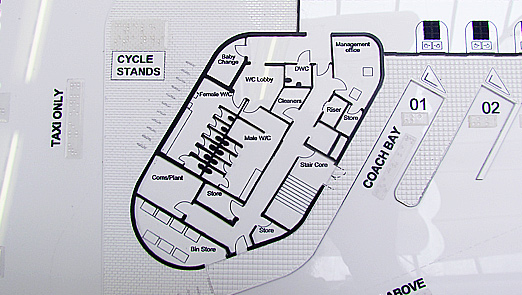 With tactility in mind, we set about experimenting with texture. Instead of paint effects to visually indicate various surface finishes such as concrete and limestone, the paved and pedestrian areas are different textures; instead of vertical internal walls and block offsites, the model has been made in relief, with the walls represented as crisp raised ridges. Other features include soft felt strips to represent furniture. 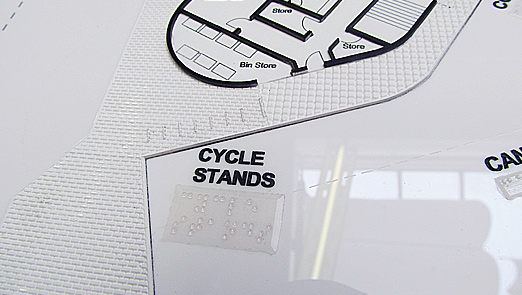 A standout feature of the tactile model is the 3D printed Braille labels set around the base, indicating road names and various other features. After a number of experiments at reproducing Braille using lasercutting processes, we ultimately decided that 3D printed Braille was the preferreable option, owing to its precision – allowing us to conform to UK Braille standards of size and spacing – and also create the satisfying rounded ‘bumpy’ texture. The prints are also clear as glass, initially designed to be bonded over the standard written text.

Head over to our Services Pages to learn more about our 3D printer.

Installed at the Architecture Centre down on Bristol Waterfront, the Living City is an interactive…

The Shard at Babbacombe Model Village