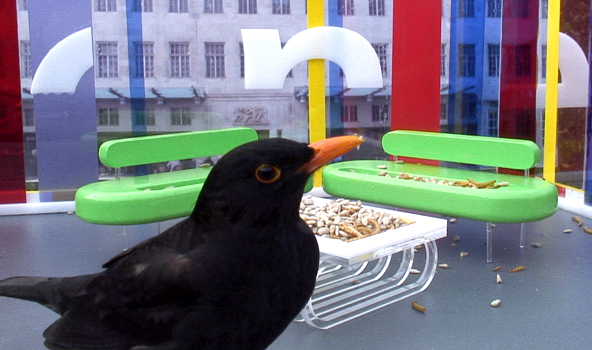 An extraordinary replica set for BBC’s The One Show

Amalgam are always on the look-out for new talented makers to join our team, both experienced and eager new makers being welcomed. Recent addition, Julia Nichols, who worked for us on The One Show’s replica set Bird Table, gives her perspective as a graduate in the industry, working to such a unique brief, and on model making in general.

Inspired by the work of Norwegian film-makers ‘Piip Show’, the BBC Natural History Unit team asked Amalgam to make a replica set scale model of The One Show programme studio in the style of a bird house. The idea is that common garden birds will be enticed into the birdhouse with the help of cunningly placed trays of bird food, and would look like they were sitting on the sofas – as the stars of the show. The end result was threefold: the finished model, the interaction between the birds and the built environment, and the images captured by Go-Pro cameras, which we incorporated into the birdhouse design. 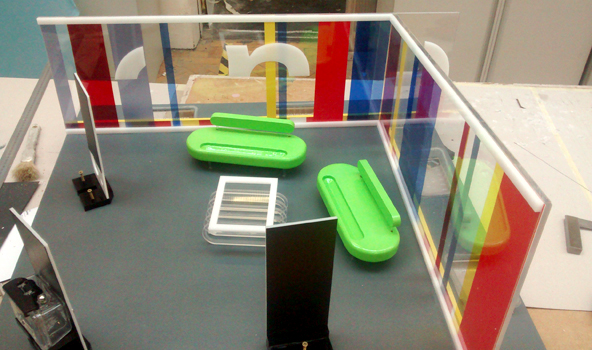 Our brief was simply to come up with something that suited the scale of English garden birds and looked like the familiar studio. The most important pieces of this set were the green sofas and the coffee table, which has a bird seed tray on the top of it to attract the birds into the replica set.

As birds need time to learn to trust a new feeding location, we made a sketch model of the set to put in location for a couple of weeks, so the birds could get used to it. Then this was replaced with the high detail, colour version for filming. The replica set has Go-Pro cameras hidden in flats and has an extra panel outside featuring a photo of the view from the studio window. 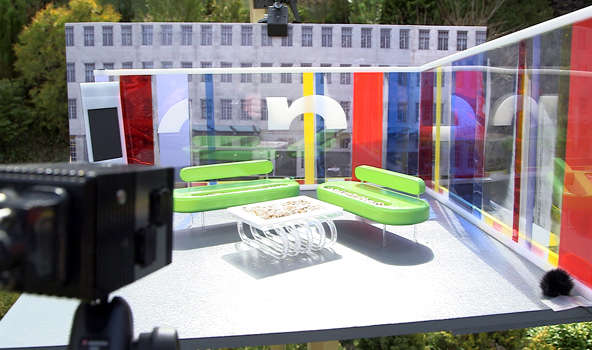 Our replica set ready for use

Amalgam’s display and props department handled the design and building work, and we worked from photos of the studio, without typical measured drawings. We constructed the bird house using common workshop materials, such as acrylic and plywood. To create the effect of coloured glass with studio lighting, we sandwiched camera gels between panes of plastic. We chose laser cutting to replicate The One Show’s logo. The interior of the model studio and miniature furniture were made from scratch; shaping and painting to match the on-set colours, cutting the transparent table from acrylic and making the Go-Pro mounts to resemble the studio monitors. To protect the birds and the model from the weather, we cut a stretch of ceiling and refitted it using magnets for ease of access. 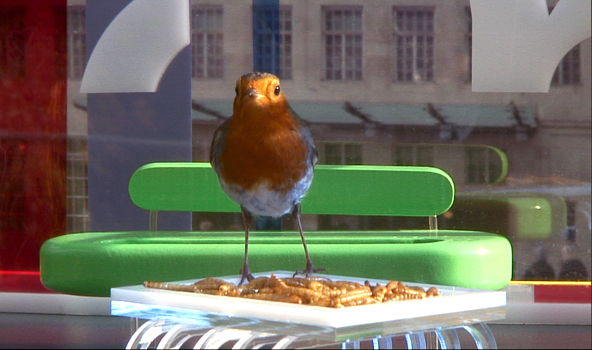 A happy customer on the replica set

We were delighted that Amalgam was recommended for this project by Babbacombe model village, as this is where the shoot is taking place, and we have built a number of models there already. The One Show featuring the bird table will be aired today – Monday 18 May, but you can get a preview here.

Julia says, “Working at Amalgam is a thrilling experience, with each day offering a different challenge and a new opportunity for learning and improvement. Projects vary from the minutely technical and precise, to freer, creative jobs that sometimes offer surprising results, and often, model making involves a bit of both. We use a disciplined approach coupled with plenty of knowledge about materials and processes to deliver a creative project, resulting in well-crafted objects that carry messages in much the same way a piece of art does.  In my opinion, the result of a model maker’s work is something fascinating to behold.  A physical object, made by expert hands, is impressive and commands attention. As my college teacher used to exclaim emphatically, “That’s a thing of beauty!”

Amalgam’s team of prop makers are highly creative, so if you are working on an idea for a TV or film production, we can take a brief from concept right through design, to make it authentic for the programme. For the BBC Natural History Unit, we built the grandfather clock which features in the BBC’s Andy’s Dinosaur Adventures, which transports Andy back in time! To see some of the other film and television projects we’ve completed, visit Our Work.

For more information about bird tables to feed wild birds in your home garden, visit the advice from the RSPB: https://www.rspb.org.uk/makeahomeforwildlife/advice/helpingbirds/feeding/birdtables/index.aspx 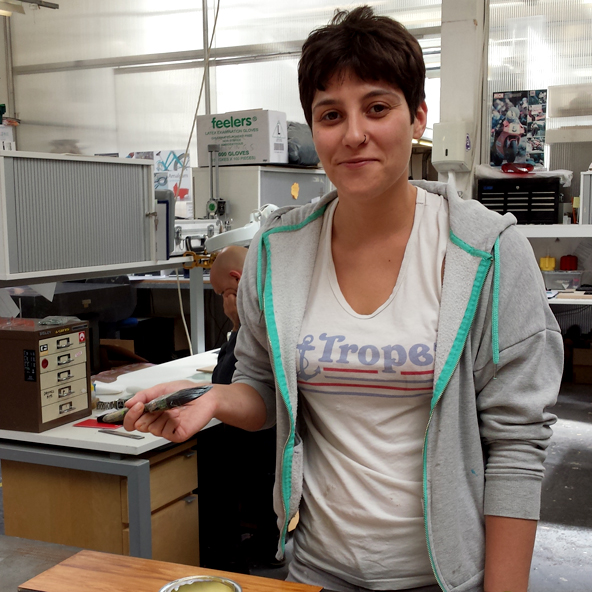 Julia Nichols at work on another replica set

Spy in the Wild animatronic cameras

Spy in the Wild series two is now available on iPlayer.  If you are a…

When a new product is ready for the big reveal, a large scale in-store display…