This full colour, high-detail model of Stuttgart Station was built at 1/160 scale for the award winning German architects Ingenhoven. The scheme was part of a €2.8 billion redevelopment project named Stuttgart 21. Amalgam constructed two models of the station which formed part of the winning, international competition bid in 1997.

The structure and the so-called ‘lighting cones’ were the first examples of Amalgam’s use of rapid prototyping, a then-new process which has since come into its own within the company.

Construction of the station is scheduled from 2010 to 2019. A digital flythrough can be viewed here. 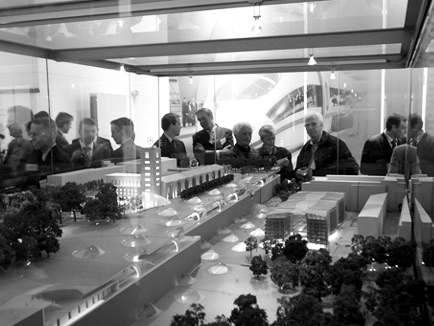