While this high-performance sloop, Ngoni, was being built at Royal Huisman’s main site in Vollenhove, the owner commissioned Amalgam to make a high detail scale model of the design at the scale 1:50.

When this innovative project was first announced, nicknamed ‘The Beast’, the yachting world pricked up its ears. The owner had requested a progressive new yacht, with an ‘edgy’ design to marry comfort, style and high performance, and appointed the teams at Dubois Naval Architects and Royal Huisman to bring it to life. To launch the design during 2014 Monaco Yacht Show, Dubois contacted us to make a limited detail stub-mast model at 1:60 scale seen in all the press photography.

Once extensive tank tests were completed to finalise the hull lines, the team building this 58m striking sloop in the Royal Huisman shipyard in The Netherlands were working closely with Captain Iain Cook ready for launch from Zaandam in March 2017. At the same time, Captain Cook re-engaged Amalgam, because the model makers had been recommended by the naval architects, to produce a second, Full Rig model, measuring approximately 1.2m long.

We had access to the real yacht CAD to edit to 1:50 scale, creating new CAD files for rapid production and assembly in our Bristol workshop. Making the scale model of such a unique design was an honour which required careful planning. The lines of the hull are CNC machined first, then hand finished with careful attention to symmetry, line and aesthetics. 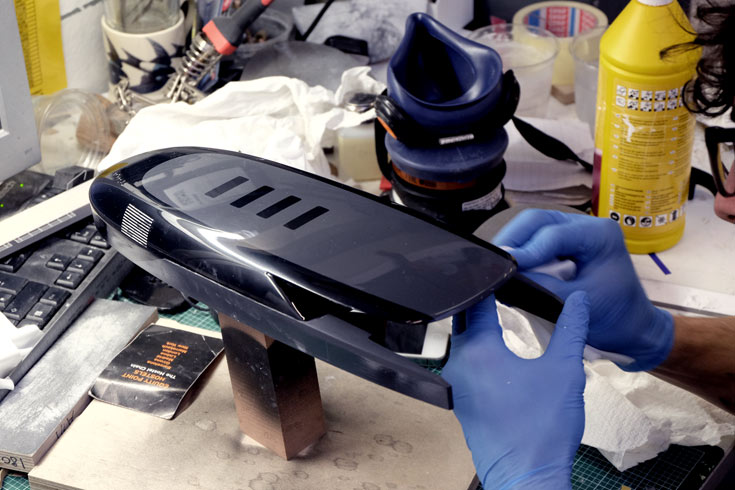 The real yacht is built from aluminium and sheer moulded glass, with a carbon fibre rudder arrangement, to aid her performance. Amalgam faced a similar challenge to keep the model materials and base structure light, yet as strong as possible for shipping and transit. We sent over paint swatches to ensure an authentic match with the real yacht – and produced laser-etched maple sheets to re-create the decking. 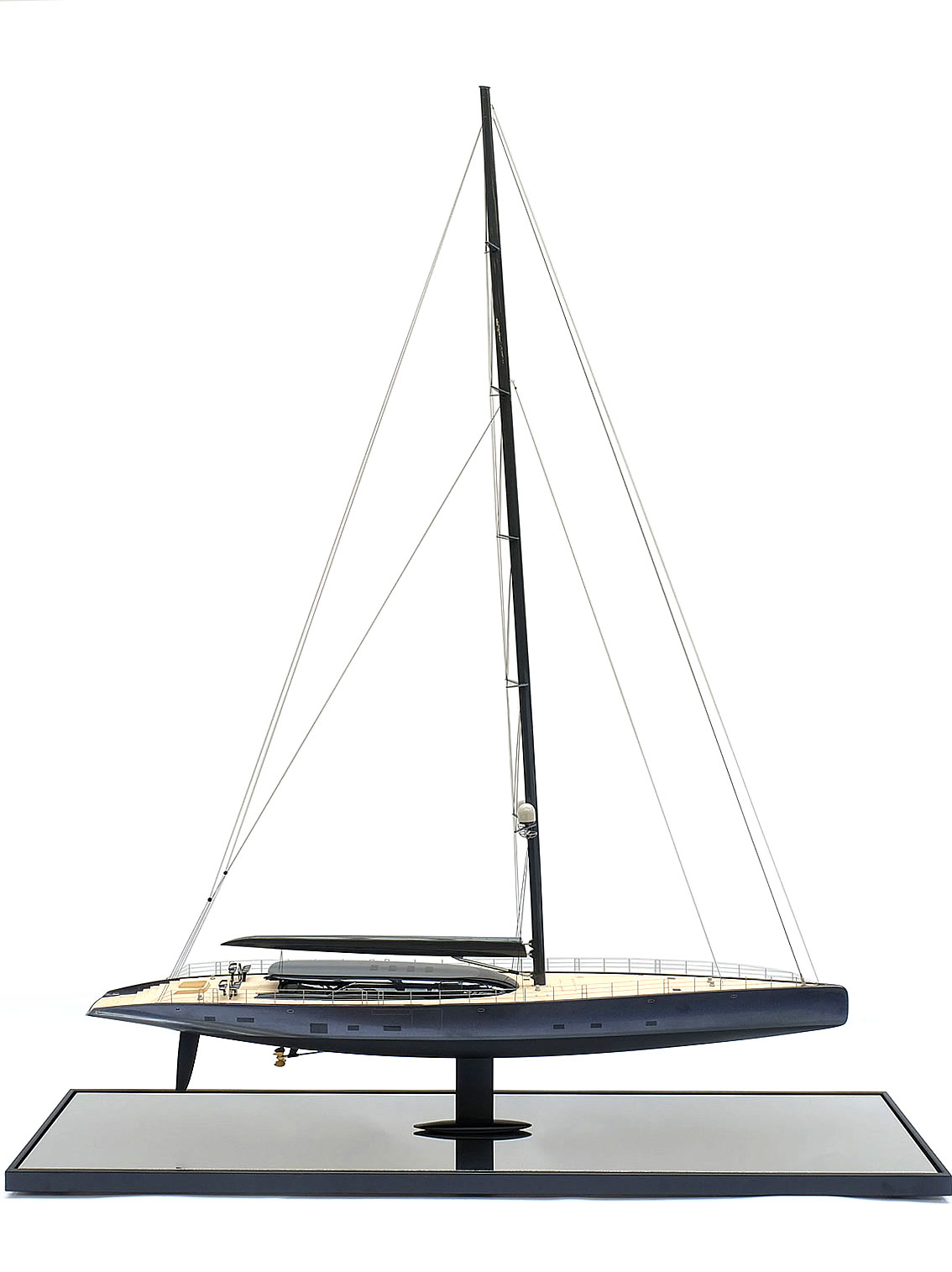 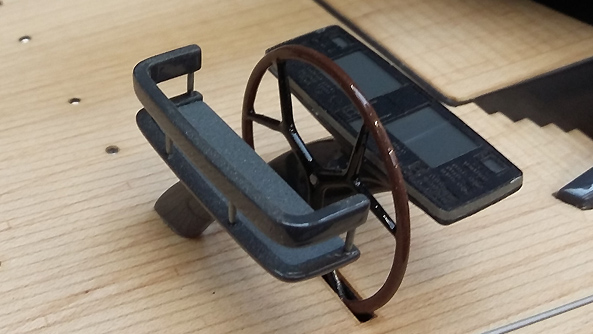 Amalgam specialise in 3D printing, which worked well for the intricate steering console, shown above; however, we chose traditional model making techniques where appropriate, such as making the handrails for this model. 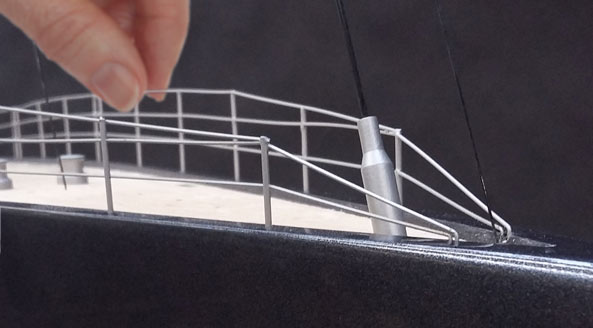 The scale mast presented a challenge for the architectural team, due to the combination of delicacy and size; their solution was build the unit as a detachable element for transport, designed in such a way that the fixings were mechanical and non-permanent, allowing for complete ease of assembly for a non-modelmaking and for possible transportation in the future. The mast was a compound structure of 3D printed parts and metalwork, including spreaders to accurately match the Ngoni rig design. This called upon traditional engineering skills to mill the tiny brass components and the knowhow of our CAD designers to create strong structures as light as possible using 3D modelling software. 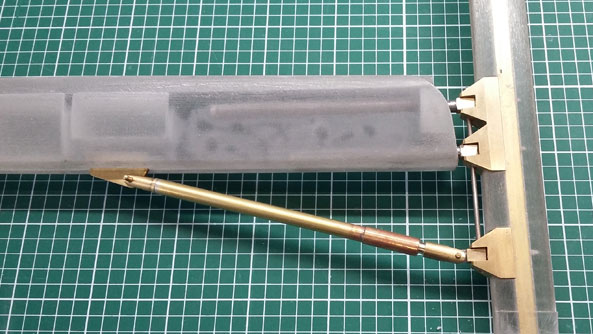 The lightness and strength of the 3D printed components came from their internal design; hollow, braced with internal rib structures, run through with a brass core. This method allowed for rigging to be under tension when woven back and forth across the model, ensuring strong, sharp lines with no slack. The mast was only partially rigged for transport; upon arrival and unpackaging, the remaining loose rigging clipped into fixings hidden in the decking, with no glue or bonding necessary.

Whilst building the full rig model, the Amalgam team were also asked to create a half hull model, to be presented to Monaco Yacht Club as a gift. The much-awaited sloop has become synonymous with the future of super yacht design.

The final piece was ready for delivery in July, mounted on a stainless steel presentation base with the hull measuring 1.2m and the full height mast standing at 1.4m. 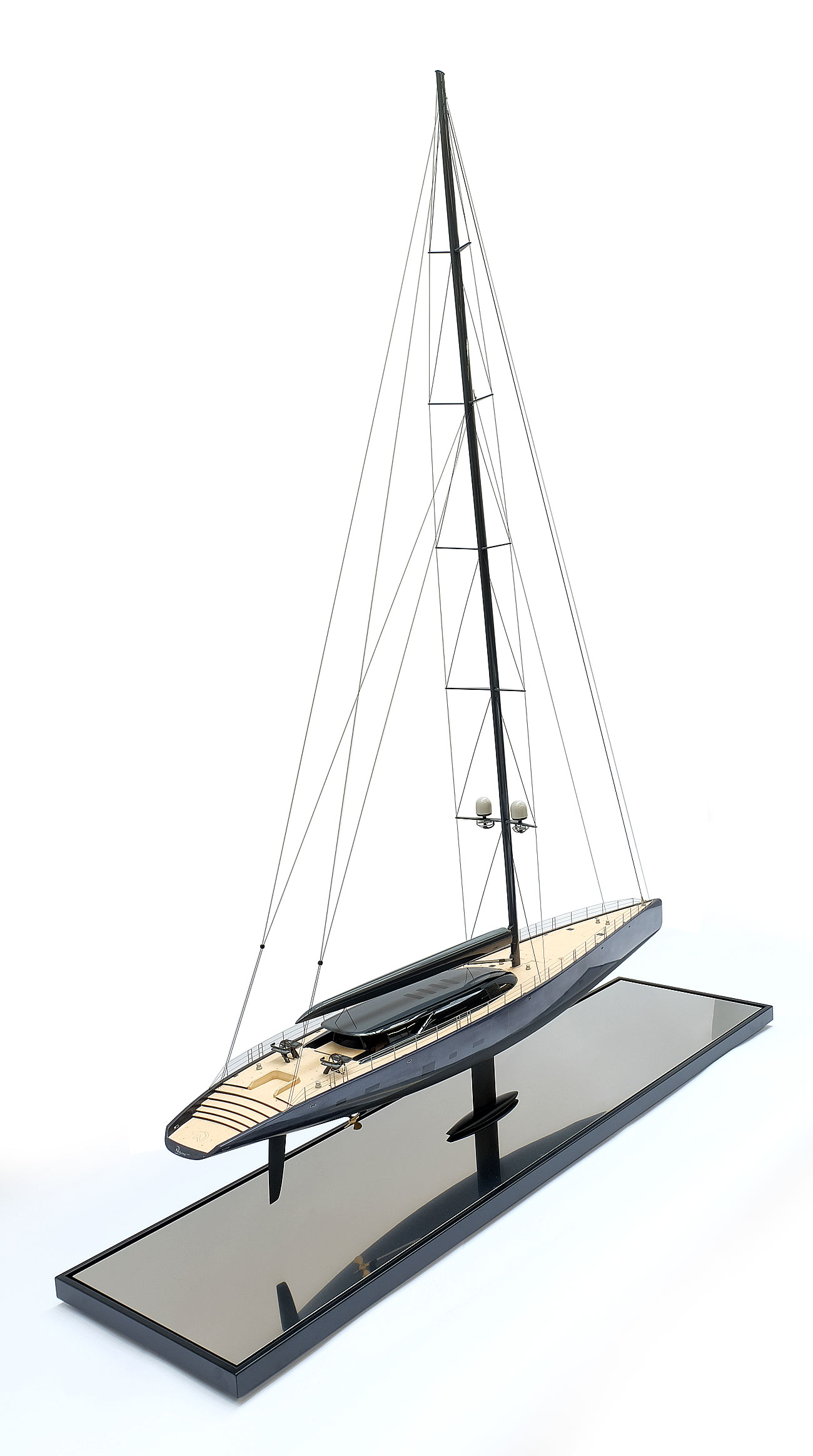 “The three year build project, and two months of commissioning the real yacht in the water has been an enormously complex challenge, the design process through to construction, preparing 48km of cabling, testing the engines, rudders and power ready for her first sail to the Mediterranean in Spring was a huge effort on everyone’s part.

Amalgam have pushed their own boundaries making these Ngoni models, and the quality of the work is up there with the best I have seen.”