This 1:200 scale model was built for internationally recognised German architects Gerkan, Marg and Partners. It was one of two architectural models of the stadium that Amalgam made for GMP (the second being shown to the right) which had to be constructed in a very short time frame. They formed part of a competition bid for the new Munich football stadium.

Various processes were used in the construction of the models including rapid prototyping for the main roof supports and terracing, acid etched brass for the tension cables and laser cut acrylic for the floor plates and glazing. 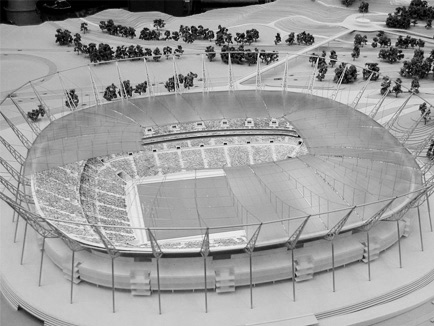