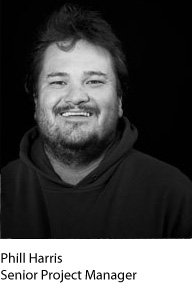 Phill joined Amalgam in 2004 whilst on a placement during his third year at Bath University, where he was studying Architecture. During his placement Phill found his vocation as a naturally gifted model maker and has been here ever since, developing his role as a project manager in 2011. Phill also looks after the several work experience students we take on each year.