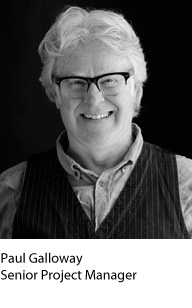 After several years whittling in his Grandpa’s shed, Paul found purpose in a carpentry and joinery apprenticeship. After four more hard whittling years he discovered his creative muscle needed exercising, which led his northern soul dancing self over to Wigan tech and a diploma in graphic design.

Combining his whittling skills and unusual scribbling abilities, he got on his bike and peddled for Bristol and a 3D design degree. From this he seamlessly carved himself a career as a designer and art director for film and television in the media hubbub of Bristol, working for the BBC, Aardman animations and many others.

As many makers do, he eventually found himself at the Old Sorting Office [our previous premises], full of strange Dickensian characters, who called themselves the ‘Mulgam’s’, they said you too could be a Mulgam! So he stayed or was it that they never let him leave?