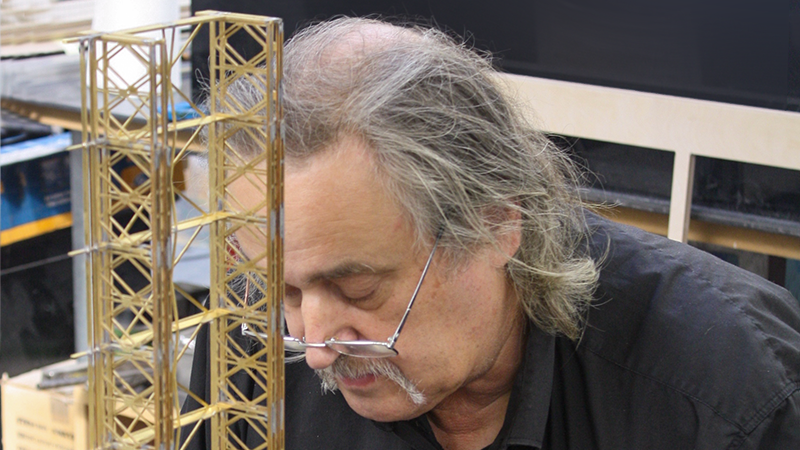 Meet Mike Quarry, one of Amalgam’s engineers working on all sorts of projects. He’s been working at Amalgam for over 20 years and there’s a rather blurry line between where his hobby skills stop, and his work skills start. We caught up with him to find out what he gets up to when he’s not at work – mainly building miniature working engineering models in the form of replica steam locomotives.

A life-time love of engineering

Mike told us he studied at Bristol university as an engineering technician and after passing all his exams started his career as an apprentice. He later met one of the Amalgam founders, Trevor Parsons, while working at the now defunct Paul Martin Model Making and Graphics Services in Bristol.

From there he went on to work at Amalgam in all fields of engineering such as water, electrical mechanical engineering and is still here to this day. He remembers lots of projects with fondness, particularly some miniature radar dishes, this Guage 1 American steam water pump and prototype aeroplane wing parts to help air flow. He also recalls working on a Satellite to work out how the fuel behaved in trajectory. 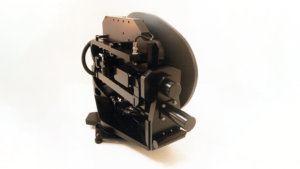 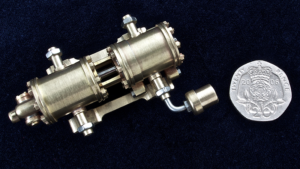 A hobby that crosses over

For as long as he can remember, Mike has had a love for the railways showing itself in a passion for building live miniature steam models and replica locomotives, mainly at Guage 1 and Guage 3 (2 ½ inch). 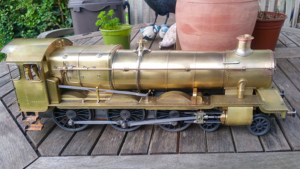 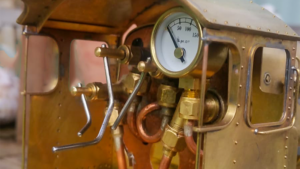 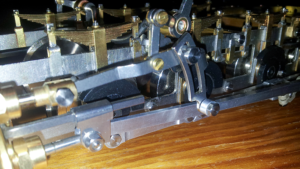 He works with kits from specialists likes Barratt Steam Models and Aster Hobbies. Over the years he’s constructed great classics like tank engines by GWR and British Railways, and Locomotives like the K27 from Denver & Colorado Rio Grand, which has a 2/8/2 wheel base. Engines like these are standard gauge modified to fit narrow gauge and Mike also adds that the Gauge 3 have average weight of 18kg. That’s heavy!

Mike says kits like this can take 10 weeks if not longer to complete before painting even starts and building them involves hours of soldering. He then sprays them with an etch primer base undercoat followed by colour-matched specialist paints for the top coat and precision graphics transfers for the branding and livery.

He estimates he’s made at least six engines over the years with more waiting to be started in the cupboard and draws on skills from his training and experience for each and every one (but we think it’s the other way around and his craftsmanship and natural talent for engineering and steam engines has certainly brought a lot to Amalgam’s table).

What qualities does an engineer need?

“Engineers are always finding ways around problems” Mike says. “You have to be able to see things in full, in your mind’s eye, in 3D even. You have to be able to imagine your way through multiple problems and solutions until you get to the right outcome – outthink the problem so to speak.”

Mike also adds that as an engineer and model maker, you’re also always making things like the jigs and fixtures – the things needed to make the thing you’re actually making’ he adds.

Even with the intervention of the computer to help with design and engineering tasks, Mike believes all engineers have the following ingrained skills which, computer or no computer, all contribute to a successful job completion:

What would make the perfect gift for an engineer?

As well as being designers and problem solvers, Mike says engineers are very mathematical and take a lot of measurements, so Vernier callipers and micrometers are never far away from the work station. Mike says he loves all his instruments, and has enjoyed collecting them over the years, but the best gift he could even get would just be another project.

And finally, we asked Mike which is his favourite engine. He paused and said he loves them all, but especially the later British Rail Britannia class – he’s has both Guage 1 and Guage 3 versions. Basically, the more complicated and intricate the better Mike tells us… The devil after all is in the detail.

read more about the kind of projects Mike does in his day job over in our prototyping and manufacturing section.

Introducing Elaine Carr – she’s one of Amalgam’s senior makers. Elaine has a post-grad in…

The DSEI 2013 defence and security exhibition begins on the 10th of September, and will…