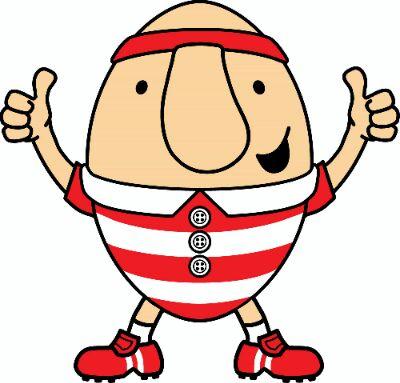 Designed and fabricated for Marketing Gloucester to coincide with the city’s summer festival season and a certain major sporting tournament, the ‘Scrumpty’ character is a combination of branding, character design and short-run manufacture, the bulk of which was handled in house; the character will be part of a competition for members of the public to design their own take on the character, to be stationed around the city in a ‘Scrumpty Trail’.

The client brief was to create a friendly character that combined Gloucester’s ‘Humpty Dumpty’ folklore with the city’s long-standing rugby heritage. After settling on a design, we used a specific set of processes for creating multiple copies. The final design was created as a digital model, which was CNC’d from a low-density rigid foam to fine tolerances. This was then hard-coated with a durable polyester resin and brought to a high finish by hand before being used to make a mould from which the final Scrumpty figures were cast using fibreglass (GRP) in batches of twenty. We chose these methods for combination of precision and durability, since each Scrumpty needed to be an identical copy, and be strong enough to withstand the elements when stationed around Gloucester. 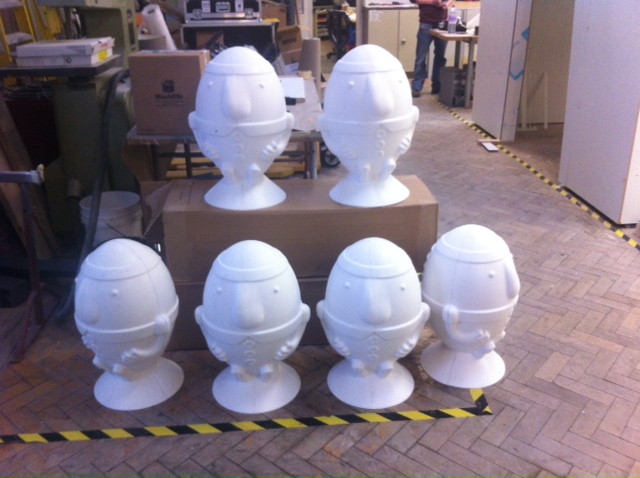 Scrumpty was designed in-house by our own Jennifer Sealy, an experienced 3D designer and project manager at Amalgam.

‘Were you influenced or inspired by any particular sources?’

I’ve always loved to doodle characters and I’m a big fan of some children’s book illustrations. With regards to my starting point I was using a rugby shape ball for his body and the base is taken from a rugby tee, which was all part of my brief.

‘What role did CAD and digital technologies play in your design process?’

CAD for this really came in at the very end, once a scale model had been produced and accepted our in house CAD engineers built him (with me keeping a watchful eye over to make sure he was still the same Scrumpty).

‘How did having an understanding of the manufacturing processes we were going to use influence your design decisions?’ 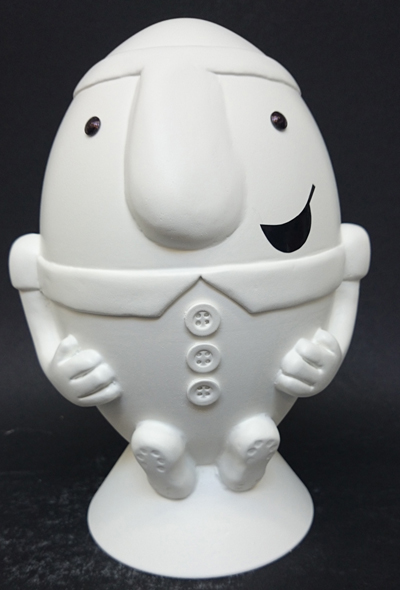 Arm shape and location, nose blending and feet angles all had to be carefully considered due to the moulding process. If anything was in the wrong place he would never make it out of a mould. Features such as ears that were considered were eventually rejected as it made the moulding process Much more difficult.

‘Scrumpty has two roles – he’s a mascot for Gloucester, but he’s also a blank canvas for artists to place their mark on. How did you find a balance between a complete design and something relatively open that could be built upon by someone else?’

It was about getting all the detail in from the brief but then being able to compromise on some of the detail to keep him as customisable as possible. Scrumpty went through a few phases of having no nose, ears, a scrum cap but as detail were added and taken away the final Scrumpty emerged.

‘Have you been involved in any other character design projects?’

I’ve designed characters previously for mock packaging where a client had an idea but no graphics in place. I would design characters to fill this need until brand characters were created. There are a few other secret character development projects I have worked on and I am always designing and making my own characters in any spare time I have.

It’s a real delight to see him come to life and I was really excited when the Scrumpty’s for the schools turned up at work. I am excited to see how others will change and add to Scrumpty to make him something else. I have already seen some entries on Twitter and there are a few that I really love.

It’s just been a privilege to work with Marketing Gloucester and be part of this adventure.

I am looking forward to the summer and going on the Scrumpty trail!

The small army of Scrumptys we had in our workshop recently represent the range of services we’re able to offer our clients, from design through to short-run manufacture.

Model making and Prototyping – Cost versus Value for money