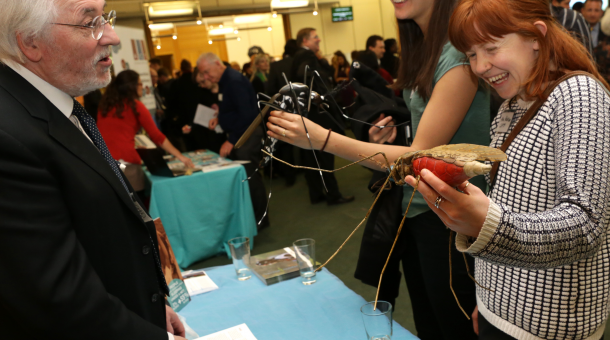 For World Malaria Day, our team was commissioned to make large scale insect models to feature in an exhibition display, for vector-control specialists, IVCC. Mosquitos kill 433,000 people a year, mainly children under 5 and pregnant women. Bed nets treated with insecticides have contributed enormously to bringing down the number of deaths, yet vector-borne diseases are renowned for developing resistance. To resolve this challenge, international teams are working to develop new insecticides. World Malaria Day was an opportunity to raise awareness, so Jed Stone from IVCC marked the occasion by heading to London with two large scale mosquito models to share their message with MPs and visitors to Parliament.

IVCC set out their stall to engage visitors at Portcullis House, where the two insect models were placed on the table among leaflets and on-screen information. The emphasis was on making sure MPs understand how the international development funding is being spent. 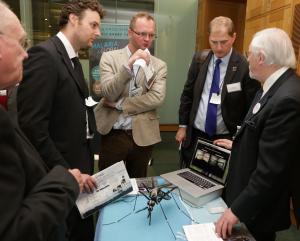 There is an enormous amount of work to be done to tackle vector-borne diseases such as malaria, dengue fever, yellow fever, and recent headliner, the Zika virus. Jed came up with the idea to use exhibition display models of two mosquito species, because he knew it would be like most events: a hectic day with very busy people. 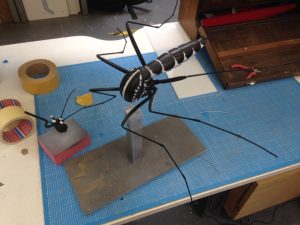 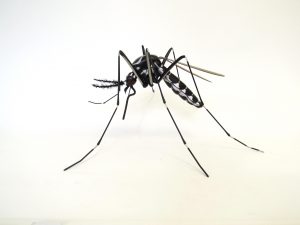 IVCC is a not-for-profit company, originally set up to develop new anti-malarial insecticides. There have been no new public health insecticides for over 30 years, and diseases become resistant to the chemicals over time. For too long, malaria and sickness has held African countries in its grip, preventing the people from thriving and developing their economy despite worldwide intentions to help them out of poverty.

Usually, exhibition display models are for viewing purposes only. However, in this case, Jed requested these insect models be strong enough to be touched and passed to people, as they stopped to join the discussion. The large scale mosquitos worked as a great disruptive marketing tactic, where Jed was able to hand them over and talk to visitors, while they inspected the insect models.

Due to the large scale of the mosquito models, Amalgam was able to include accurate detail – which Jed and the visitors alike found astonishing. It was great to hear that they were considered quite beautiful, in spite of their anti-malarial message. 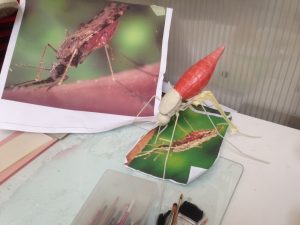 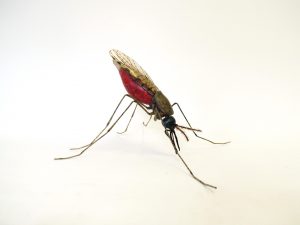 The novelty of an outsize model is used quite commonly at trade shows or educational centres – where the exhibition display needs to stand out to capture the audience’s attention on a busy day.

Contact us or call on 0117 9249596 to discuss your exhibition design or ideas for your display model.

New Blades and Made in Brunel graduate showcases

This time of year sees the advent of two significant degree shows; the New Blades…