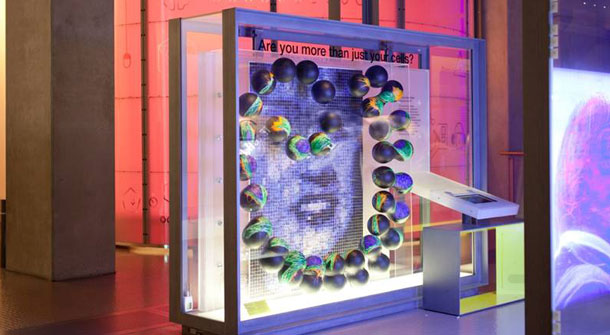 Over the last year, Amalgam’s Laurens Nockles and Ben Taylor have been involved in the creation of the Henrietta Lacks exhibit installed in the Wellcome Wing of the Science Museum. The project is a 3D extension of the work of Helen Wilson-Roe, a Bristol-based artist whose work is primarily 2D portraiture on a large scale. 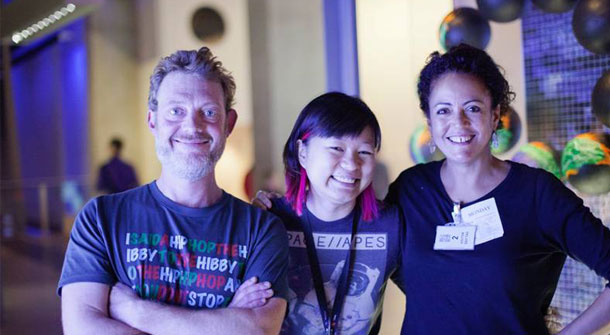 Laurens and Ben provided assistance in translating the ideas into the 3D realm, from initial visualisations for pitches and marketing to technical CAD drawings, graphic design elements and assembly of the final piece, which was a mixture of graphic elements, 3D forms and Helen’s signature painting style. The exhibit was successfully installed in the Wellcome Wing and opened to the public on October 16th as part of the Who Am I?  gallery.

The story of Henrietta Lacks is a remarkable one; having a rare cellular mutation, she succumbed to cancer at the age of 31, but her cells were used to create the first immortal cell line for medical research. This has had a profound impact on modern medicine, allowing the development of treatments for polio and other conditions. The exhibit, which contains Helen’s artwork, information about Henrietta and her cells as well as videos and interview with her family, is open to the public.

When a new product is ready for the big reveal, a large scale in-store display…