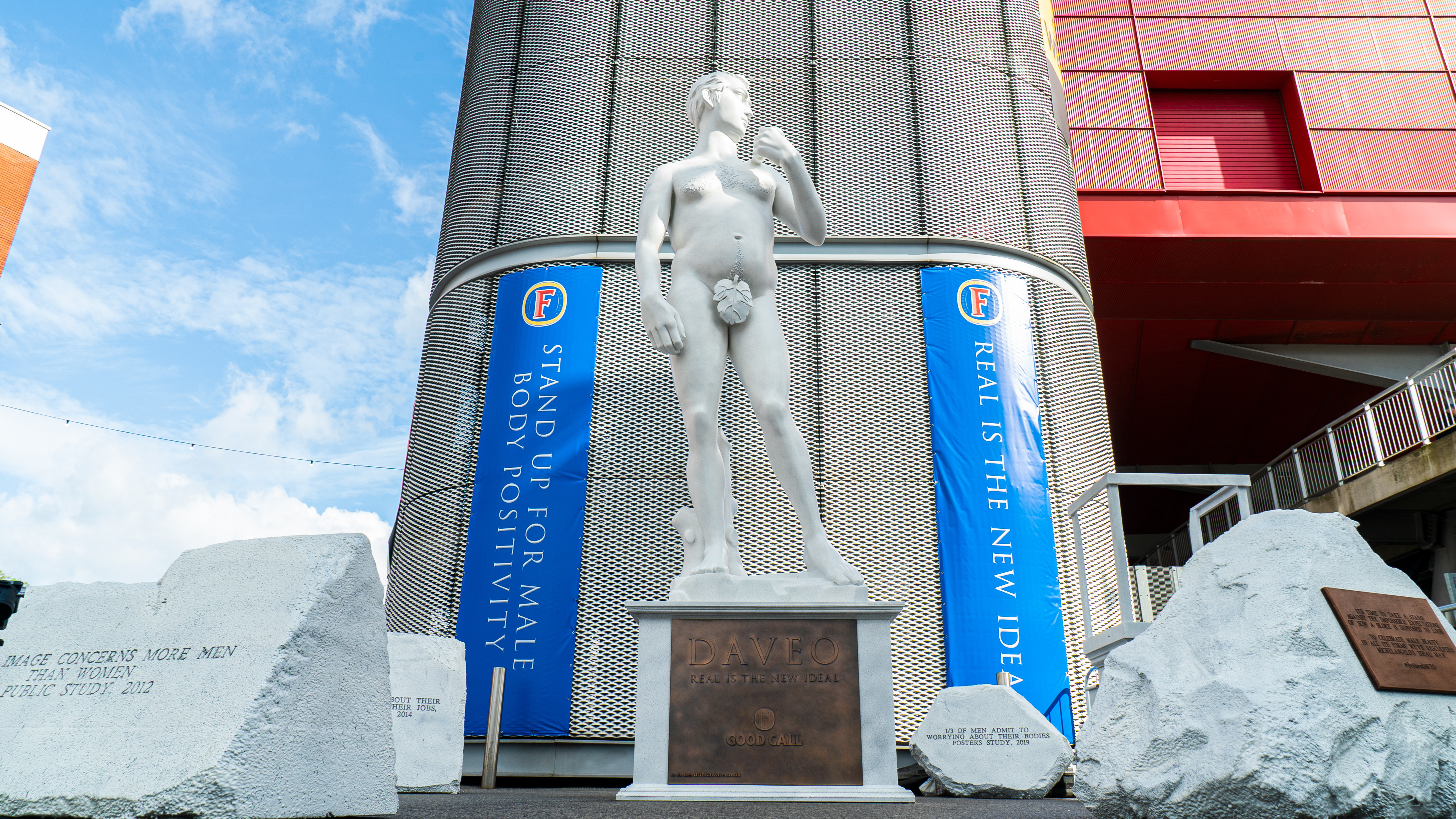 A parody of Michelangelo’s David was created at slightly smaller than full size (the real one is 5.5m, Amalgam’s was 4m). In keeping with the Australian Fosters cultural tradition, he was to be called ‘Daveo’.

“When Charles Woodall from Adam & Eve approach us with the concept last year to create a modern man version of ‘David’ I thought it was unlikely to ever happen because of its scale” says Amalgam Project Manager Paul Galloway. “But, as time moved on and Charlie’s enquiry gathered momentum, we started to focus on how it could be achieved”.

The first and major issue was the logistics – how are we going to move the sculpture around without it costing a small fortune every time. First thing was to bring the size down to something that would fit on or in a reasonable sized vehicle, the second was to make him light enough that we weren’t constantly relying on heavy lifting equipment.

We established that the best way to keep the weight down was to build him in Polystyrene, but this is difficult to sculpt and achieve the detail required for any kind of close inspection. Georgina Haslam from Adam & Eve would want to film his modern man attributes, pot belly and moobs in close-up, so he had to end up looking like real marble with veins and fingernails on his hands like the real David.

A well thought out process

We knew the process that would work and we knew we had the partners to help us achieve our goal. We engaged the incredible sculpting talents of Andy Spradbery, Andy would sculpt 60cm high Daveo in clay in all his glorious detail. This would allow the input of creative Verity Evans and the client, enable us all to include the modern man elements of ‘Daveo’ and retain the Michelangelo’s David look to the point that everyone was happy. 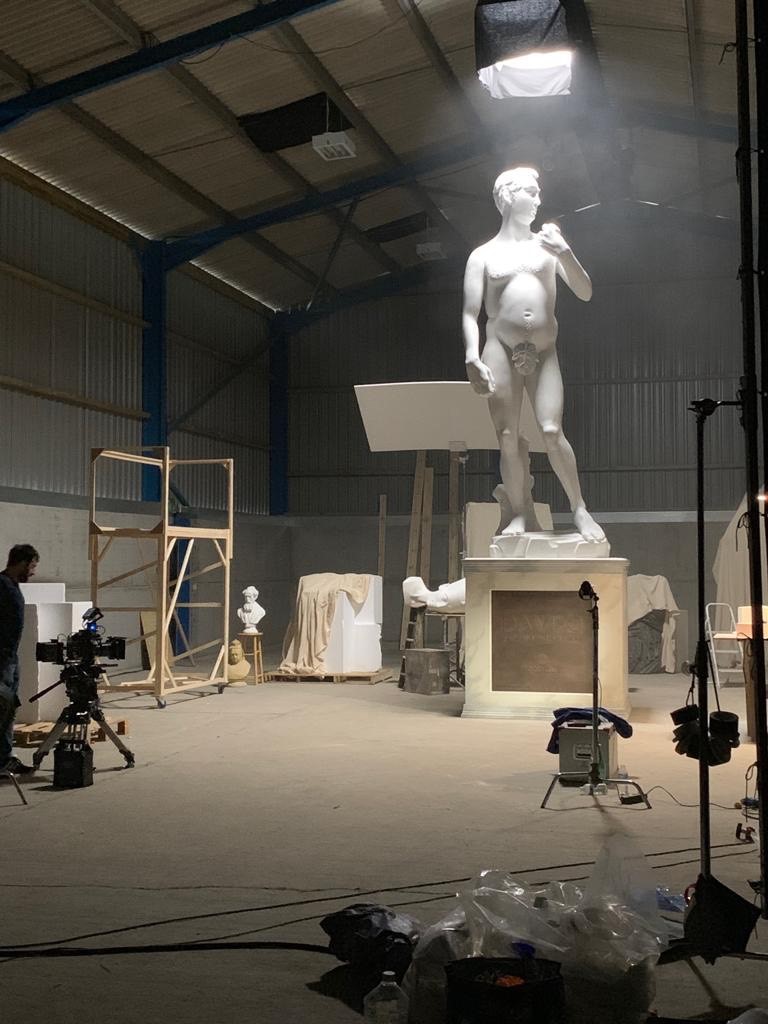 The next stage was to scan the sculpt with Amalgam’s high-resolution 3D scanner. Once ‘Daveo’ was in the computer we could look at his plinth design and design a cradle for moving him around.

The next stage after that was to get the scanned ‘Daveo’ produced at the full 4m size by a local specialist cutter (Robocarv’). Robcarv designed the steel skeleton and a method of cutting the sculpture into several polystyrene parts to then assemble around the steel.

It’s all in the detail

‘Daveo’ then got sprayed with a Polyurethane hard coat to give him a tough 4mm skin all over. More detail was added at this point, like a hairy bum and chest, which added another level of interest that hadn’t been on the original sculpt. The final touch was to give ‘Daveo’ his marble paint effect. Just in time to set him up in the studio to be filmed on his plinth.

‘Daveo’ was filmed mid-May in the studio, we then put him in his cradle on the back of a flatbed truck and he was driven from Bristol to London to park outside the V&A. Most recently he stood outside the Lancashire cricket ground for the ‘Ashes’ to promote his message of a positive body image for men.

The combination of traditional sculpting and constructing, married to high tech 3D scanning and computer design, enabled us to deliver a large scale, detailed sculpture that was manageable and able to perform in very different circumstance and truly looked amazing.

Please visit Adam & Eve DDB and Foster’s… to read more about what they’ve been up to.

You might also like to visit our 3D Scanning page, or hop over to our news section for more stories about what we do.

Meet Mike Quarry, one of Amalgam’s engineers working on all sorts of projects. He’s been…