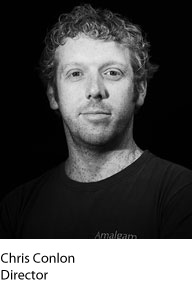 Chris arrived at Amalgam in 1999 having worked previously as a model maker in the Prototyping industry in his native Belfast. Primarily as an Architectural model maker and Project Manager, Chris has collaborated with many top designers to develop a more aesthetic presentation of scale models. He has also developed the Marine arm of Amalgam with Leo, establishing our enviable reputation in this field. In 2008 he became a Director at Amalgam.