Bodyworks is a brand new exhibition at Glasgow Science Centre which features, amongst other things, several displays produced at Amalgam.  This brand new interactive exhibition features nine interactive exhibit zones taking participants through all aspects of the human body from tests of the participant’s physical and physiological abilities to reproduction.  Amalgam’s specialists were called in to produce a range of displays centered around the bodies cardiovascular system, in particular showing how modern medical techniques can replace heart valves, arteries and even, in extreme cases, an actual human heart with a mechanical pump. 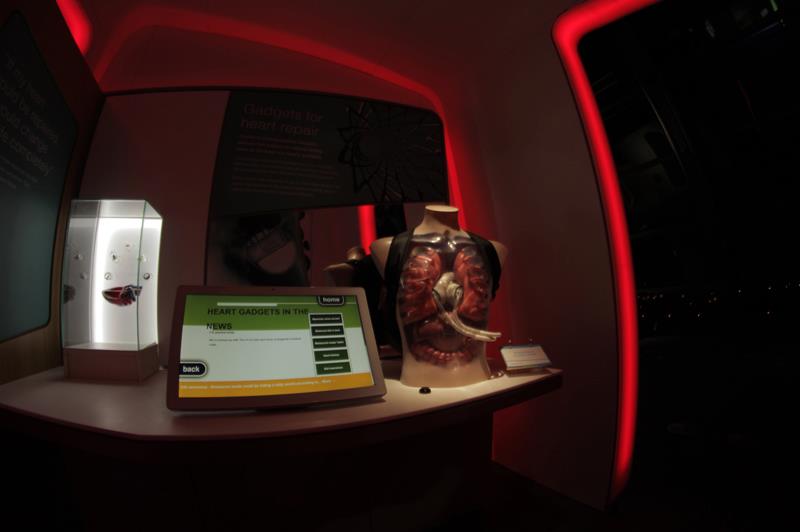 Amalgam has previously shown some in-progress shots of the exhibits being made on the companies Facebook pages but good though our contribution is, the whole exhibition contains many more fascinating displays and visual elements besides.  We can only recommend that, if at all possible, you go and see for yourself.

Apart from the Bodyworks display Amalgam has previously produced several other exhibits for the Glasgow Science Centre including a hydro-electric demonstrator and a hand-cranked device, based on a bicycle which allows the user to experience the effort required to generate electricity.

Heysham visitor centre is now open to the public, featuring a series of interactives and…

Rob Bakewell, our Casting Manager, was on hand recently at the IfOnly UX 'If Only It…

As a perfect example of  how Stereolithography, vacuum casting and traditional model making skills are…