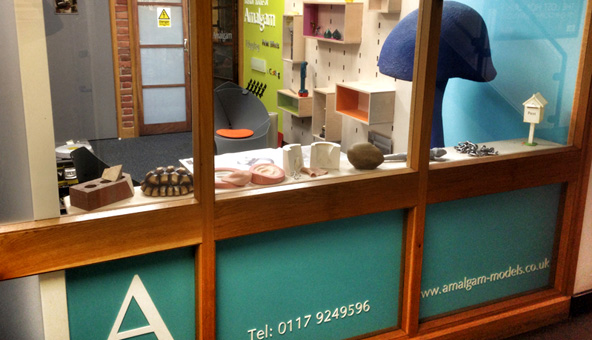 The Bottle Yard Studios opened in 2010, transforming a disused industrial space into a vibrant and busy creative hub for production. More international companies are bringing filming to the south west to use the space, which is great news for Bristol and the creative businesses here. However, for the art department, there is a significant challenge to find a company they can trust to produce high quality props, if they require last minute items, artefacts or signage to complete their production shoots.

The site is on the outskirts of Bristol, with superb access to some of England’s most exciting film locations on its doorstep, from Regency Georgian to gritty industrial and picturesque coastline. However the majority of traditional creative service providers are based in the centre of the cities, like Amalgam’s central workshop in Bristol, which makes it pot luck for production teams seeking help with their props and physical special effects.

So Amalgam has opened a permanent exhibition space at the Bottle Yard, providing a creative meeting room for teams working in the production studios. We have moved on-site to let art directors and production teams see samples of our work in a space which reflects the diverse creativity of the site. It houses a display to demonstrate how our team of prop makers can bring your ideas to life, including props, signage, paint effects, electronics and even rigging for models, used in TV and film.

We love a creative challenge and are familiar with the pressures on the art departments in production companies working in TV and film to deliver a higher quality visual experience within a lower budget. Our prop-making team, overseen by James Smith, and led by Paul Galloway and Elaine Carr, offer a fast turnaround – and can even deliver same day/next day services where we know the client well and understand their requirements.

As well as props and scenic construction, our team has created replica weaponry, animatronics, specialist paint finishes (can you spot the brick wall at the back?), electronics & rigging and scale & oversized items. After years of working with art directors, our lead prop-maker, Elaine Carr, focuses on how productions can reduce expenses and improve the visual quality of their work by using real, tailored, in-camera effects instead of expensive and often disappointing ‘fix it later in post’ ideas.

Some production teams are returning to physical effects in preference to post-production graphics. This is happening because they realise physical special effects offer more real-time, tangible feedback to the crew and actors. The immersive aspect of a physical build gives everyone more confidence in their own roles, and truly does bring the magic of television and camera to life. That said, special and visual effects can intersect and work together for optimal results in a production. With visual props made at a relatively low cost, producers can create several options that are seen in-camera and reduce the uncertainty or risk of disappointment with the outcome. CG special effects can help achieve a cost-effective, high quality production. However, our team’s experience is that if these don’t achieve the desired result, they can end up costing much, much more than anticipated.

Art departments also face unique challenges when rigging for models or props, because the rigging teams have such strict safety guidelines. Stripeland’s collapsing silk house was designed for a test shoot, where Amalgam’s Elaine designed the mechanics of the physical rigging.

Stripeland also art-directed Twining’s 2015 Drink It All In advert, where they commissioned large scale builds by Amalgam to create the armatures. The two mechanical constructions were designed to be controlled by animators; a rotating tree and an animated rippling puddle. They can be seen in action in Twinings’ short video showing ‘The Making-of Twinings’ 2015 Advert” https://www.youtube.com/watch?v=hGtenINhahM 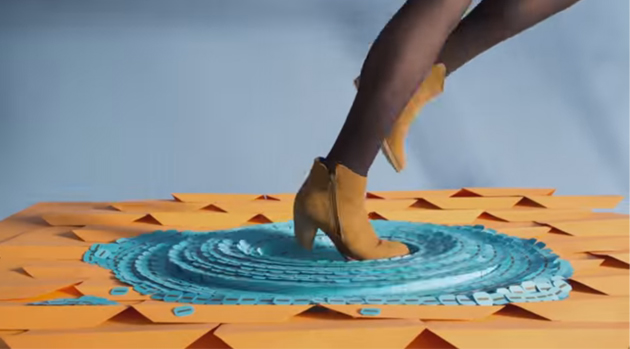 In contrast, work done for Maynards by Paul Galloway, involved making miniature sets and props for the advert to promote their Discovery Patch sweets. 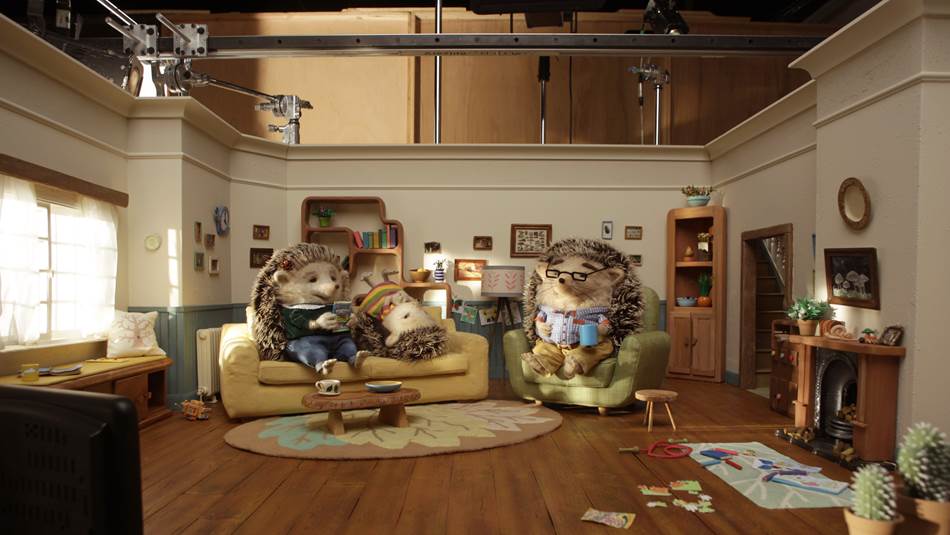 We work from sketches, designs or basic concepts to develop authentic and effective props. Our expertise is in developing the design further – and then physical making and building, using techniques such as 3D printing, CNC, laser cutting, and vacuum casting, combined with traditional craftsmanship. The resulting props and models are all unique, using special paint effects, mechanical or interactive features (See the Stripeland armatures) and electronic components. (See the Galavant fortune-teller’s staff)

Our facility on-site at The Bottle Yard Studios is backed up by well-equipped and spacious workshops located in the heart of Bristol. With easy access to the M4 corridor linking London & Wales and to the whole of the South West, we are ideally situated for a fast turnaround on projects destined for film or TV location shoots wherever these may take place.

The Pirates! In an Adventure with Scientists! (2012)

We are currently making set 15 of our popular Wall Insulation models! These engaging display…