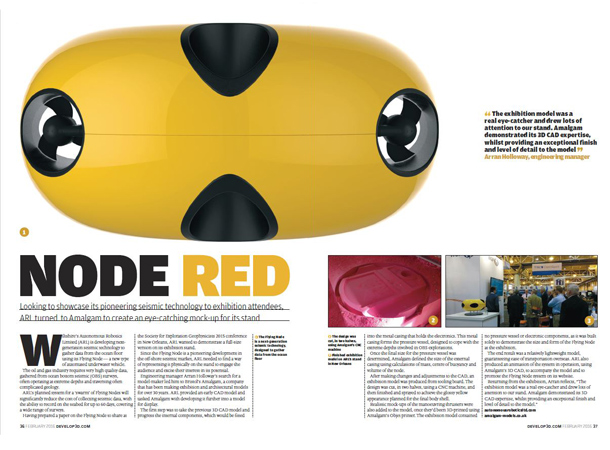 In February’s issue of Develop3D magazine, we were delighted to share the story of our exhibition model work, for Autonomous Robotics Ltd, which is based in Wiltshire.

They are developing next generation seismic technology to gather data from the ocean bottom using a system of Flying Nodes – a new type of automated underwater vehicle. The oil and gas industry requires very high quality data, gathered from ocean bottom seismic (OBS) surveys, often at extreme depths and dealing with complicated geology. ARL’s planned system for a swarm of Flying Nodes system will significantly reduce the cost of collecting seismic data, with the ability to record on the seabed for up to 60 days and cover a wide range of surveys.

Having prepared a paper to share on Flying Nodes at the Society for Exploration Geophysics (SEG) conference in New Orleans, Autonomous Robotics wanted to demonstrate a full size version of the Flying Node on their exhibition stand at the show. The system is a pioneering development in the off-shore seismic market, so they needed to find a way of showing a Flying Node on the exhibition stand to engage the audience and excite their interest in its potential.

They needed a relatively lightweight model, for ease of transportation overseas. However, for the SEG conference, it was important to realistically represent the size and form of the Flying Node. The metal casing forms the pressure vessel, designed to cope with the extreme depths of ocean bottom seismic work.

So, we took ARL’s early CAD model and developed it further, to produce the design for the display model. The first step was to take the previous 3D CAD model and progress the internal components, which would be fitted into the metal casing that holds the electronics. Once the final size for the pressure vessel was determined, Amalgam defined the size of the external casing using calculations of mass, centre of buoyancy and volume of the node. 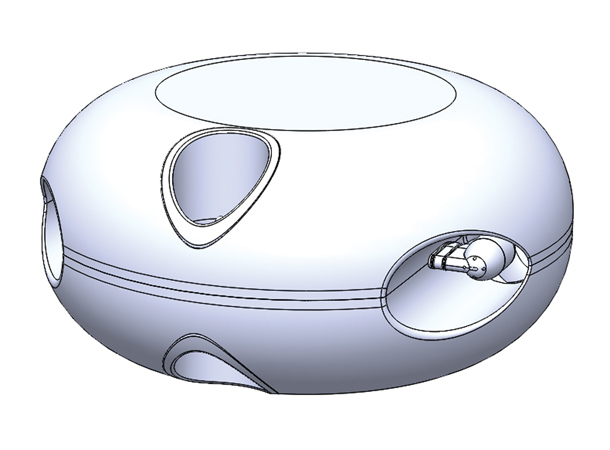 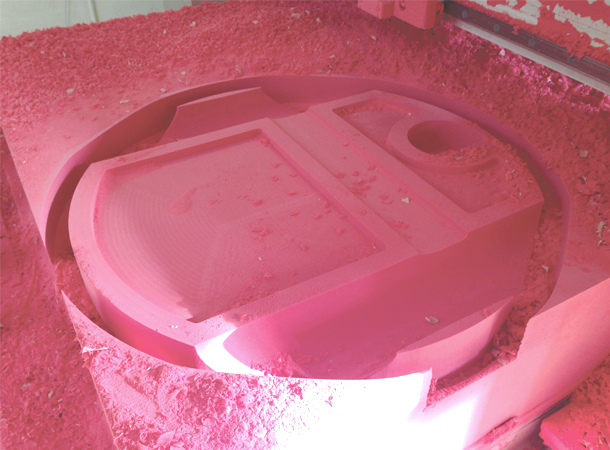 After making the changes and adjustments to the CAD, an exhibition model was produced from tooling board. The design was cut, in two halves, using a CNC machine, and then finished and sprayed to achieve the glossy yellow appearance planned for the final body shell. We added realistic mock-ups of the manoeuvring thrusters to the model, which were 3D-printed using Amalgam’s Objet 3D printer. Once complete, the model was shipped to New Orleans for the conference. 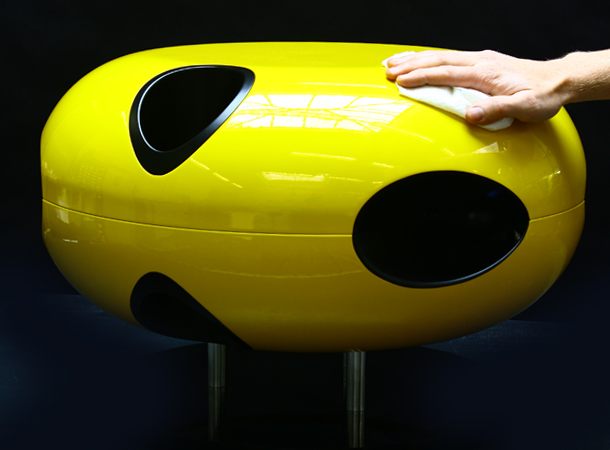 To promote the Flying Node system on their website, www.autonomousroboticsltd.com ARL produced an animation of the system operation using Amalgam’s 3D CAD.

From exhibition mock-ups to fully functional prototypes and more.  Whatever your needs, get in touch here to discuss what Amalgam can do for you.